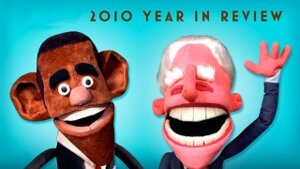 Wow, what a year 2010 has been and I for one am glad it has come and is almost gone.

I think 2010 should go down in history as the year of the most idiotic rules and regulations that have ever been brought upon trucking in general.

Not to mention they were forced upon trucking with no real evidence that the “problems” even existed.

But hey that is exactly how Obama and his cronies want it, right? This administration likes to push things onto the people in the US without due process or without thinking things through.

I have come to the conclusion that trucking and politics are a lot alike. We have people who “claim” to be “trucking advocates” and want to help truckers, but in reality, they are just doing it for the fame and or money.

We all remember the collapse of Arrow Trucking December 09′ it lingered on for a few months, and still every once in a while something will come up about it. It was the first time that I ever saw the trucking industry family come together as one, but it also brought out the worse in some people too. Truck Writers of North America named – the Land Line staff – print, Web and radio – for their efforts to assist Arrow Trucking drivers with the first-ever “Extra Mile” award given at the Mid-American Trucking Show. Some other people got a little “upset and acted like children” throwing a “hissy-fit” because they didn’t get mentioned too.

2010 we all “learned” that there is corruption within the trucking industry – it always has had it – this is not something new as some would seem to think so. Just the same we all learned of the wide spread parking shortages. We also saw that the USDOT is more concerned about adding new cell phone laws and messing with regulations that already work – but DOT wants to “redo” the regulations – without looking into the “problem.” The USDOT and FMCSA think adding new regulations that are both unproven and unsafe will improve the problems that are very real in the trucking industry.

What they fail to do is to look at what is causing the very real problems in the trucking industry. The people in the US pay the US DOT Secretary’s annual salary of $163,300.00 for what? All this man wants to do is fight his “dream of distracted driving” in which his “claims” have been dis-proven several times. Why is this man paid so much money to “chase dreams?” This man has wasted billions of dollars on bicycle paths and walking paths – but gave $6 million dollars for “new or upgraded” truck parking – only after giving $5 million to a New Jersey City for one bicycle path.

I don’t really feel like going back through the year 2010 to show all the misuses of money by this man – you can search them yourself start in January 2010 right here. When is enough going to be enough? These government people who from reading their statements know nothing about what troubles truck drivers face daily. They allow all these advocate “safety” groups who are not associated with trucking to make up these ludicrous laws and then they apply them – sometimes without due process periods.

Just a word of warning to the “general motoring public” if these new hours-of-service regulations go into affect beware of the sleepy truck driver beside you or behind you while you are traveling. The USDOT and the FMCSA “claim” these new regulations will help to get rid of the “fatigued” truck driver. They would help if these truck drivers actually had a place they could park. Rest areas get closed – taking available parking places away – and the USDOT adds new cell phone laws to fix the problem. These states closing these rest areas “claim” to have no money to keep them open – but the USDOT gives $5 million dollars to a city to build ONE bicycle path?

This country is being run in the ground by idiots in the White House because their “wants list” looks much more appealing than their “needs list”. They have mixed the two list up, and wasted billions of dollars on some rather illogical projects that were on their “wants list.” If this country is to succeed then they had better get that “needs list” out and start working on those projects.

By the way I want to wish everyone a very happy and prosperous and healthy New Year!

I'm just a EX-truck driver, trying to pass along a little information. I been in the Trucking Industry as a driver for over 15 years. I have driven both as an owner operator and as a company driver. I have also been a driver instructor for an accredited truck driving school in KY. I am no longer a truck driver, but I consider myself to be a watchdog for the trucking industry. In fact this site is the #1 site for getting the real news about trucking. We don't hold back here, you will hear the full story. Twitter | |Truck Drivers News Facebook
View all posts by admin →
This entry was posted in Truck Driver Industry, trucking news and tagged advocates, american trucking, Arrow, arrow trucking, cell, Cell Phone Laws, collapse, conclusion, corruption, cronies, Dot Regulations, due process, fame, hissy fit, line staff, list, North America, parking, People, Politics, truck writers, truckers, Trucking, trucking industry, usdot. Bookmark the permalink.