You are here: Home / trucking news / Amendment 4 Search and Seizure – Apply to Trucking
x **New Feature**While you are reading any single post page, you can highlight any word and a learn more button will appear click the learn more button and results will be shown to you in the same page. 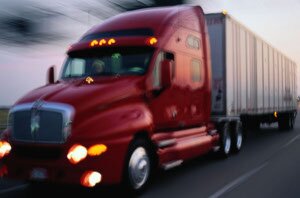 The 4th amendment states – The right of the people to be secure in their persons, houses, papers, and effects, against unreasonable searches and seizures, shall not be violated, and no Warrants shall issue.

But upon probable cause, supported by Oath or affirmation, and particularly describing the place to be searched, and the persons or things to be seized.

So does this apply to truck drivers? Truckers technically “live” in their trucks, some for weeks and months at a time. Should it matter if a truck driver is regional or a long-haul driver?

Should it go on the same standards the IRS goes on – depending on how many nights per week they stay in the trucks? Technically for a truck to be considered a house it would need an address – I would think.

But, then again I can see the point of the truck driver as well, as this is where he or she has all their personal items and sleeps and eats in that truck.

In New Jersey a trooper pulled a truck over in January because the truck’s U.S. DOT number did not match the company’s name on the side of the vehicle. The driver was acting really nervous and had more than usual the amount of air fresheners hanging in the truck’s cab. This made the trooper suspect that the driver was hiding something – giving the trooper probable cause.

@hondo67815 on Twitter said “The trooper had ‘probable cause’, which gives him the right to detain the truck while a warrant is obtained.”

But should the trooper have to have a warrant to search his sleeper? The trooper did smell a strong odor of pot coming from the sleeper area, and upon further investigation the trooper pinpointed the smell to a closet behind the passenger seat. There was not a door on the closet, and the smell was coming from a duffel bag. In the duffel bag was over 30 pounds of marijuana.

§382.213 Controlled substances use:
(a) No driver shall report for duty or remain on duty requiring the performance of safety-sensitive functions when the driver uses any controlled substance, except when the use is pursuant to the instructions of a licensed medical practitioner, as defined in §382.107, who has advised the driver that the substance will not adversely affect the driver’s ability to safely operate a commercial motor vehicle.

(b) No employer having actual knowledge that a driver has used a controlled substance shall permit the driver to perform or continue to perform a safety-sensitive function.

(c) An employer may require a driver to inform the employer of any therapeutic drug use.

Since marijuana is an illegal drug and I do not imagine over 30 pounds was prescribed by any doctor and fortunately I doubt if the trucking industry would even allow a driver on prescribed “medical marijuana” to drive anyway. So I say the truck driver should have been arrested and the case should not be overturned by the supreme court. Even if the driver was just “transporting” the drug it is still illegal.

I think this is one of those times a law falls into that thin gray area, where laws can be interpreted in different ways. But I still say even if the trooper did it the wrong way or the right way marijuana is an illegal drug and should be taken away either way.

@ToddMcCann from Twitter brought up another good question about this. He said, “How about shippers/receivers? I’ve never been searched, but many of them have signs saying they have the right.” I don’t think a shipper or a receiver would have any right what-so-ever to actually “search” your truck, unless getting a signed permission to do so from you or the owner of the truck. I have had it done before from a guard but it just was a quick glance and that was it – no moving of cloths or anything. It would seem to me they have no law enforcement authority and I’m betting they would have to call the police to actually do it.