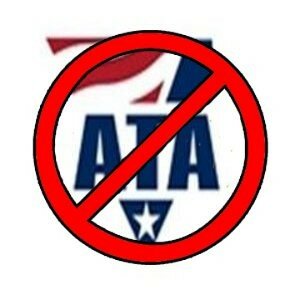 Who would have thought any differently?

I can’t figure ATA out, one day they are on the ball to helping the industry out.

Then the very next day they rejoin the ranks of the “ignorant” people in Washington – again.

It is very irritating to see them flip-flop back and forth like they do.

The American Trucking Associations said it supports the announcement of an agreement in principle between the governments of the United States and Mexico to implement the long-delayed cross-border trucking provisions of the North American Free Trade Agreement.

“ATA is pleased that Presidents Obama and Calderon and their administrations have worked through their differences and have put our two countries on the path to resolving this issue after nearly 16 years,” ATA President and CEO Bill P. Graves said following today’s announcement. “We hope this agreement will be a first step to increasing trade between our two countries, more than 70 percent of which crosses the border by truck.”

The agreement upholds previous requirements for Mexican trucks operating on U.S. highways, notably that Mexican fleets apply for and receive authority from the Federal Motor Carrier Safety Administration; demonstrate they meet the same safety standards as U.S. fleets and that those trucks are prohibited from hauling freight between destinations within the United States.

“When properly implemented, NAFTA’s trucking provisions should evolve to allow for a more efficient, safe and secure environment for cross-border operations between the U.S. and Mexico,” Graves said. “Ensuring a level playing field requires that both countries establish permitting and regulatory processes that are clear and transparent to ensure that carriers from both countries are treated equitably.”

“When properly implemented” – that is the key right there – we all know it won’t be – as it wasn’t done the right way before.

Mexico is the second largest export market for the United States. ATA is hopeful that the lifting of the retaliatory tariffs that were imposed after a previous cross-border trucking pilot program was abolished by Congress in 2009 will help the two countries resume more normal trading patterns and increase the flow of commerce between the two countries.

I'm just a EX-truck driver, trying to pass along a little information. I been in the Trucking Industry as a driver for over 15 years. I have driven both as an owner operator and as a company driver. I have also been a driver instructor for an accredited truck driving school in KY. I am no longer a truck driver, but I consider myself to be a watchdog for the trucking industry. In fact this site is the #1 site for getting the real news about trucking. We don't hold back here, you will hear the full story. Twitter | |Truck Drivers News Facebook
View all posts by admin →
This entry was posted in Truck Driver Industry and tagged American Trucking Associations, Association, ATA, Ball, Border Operations, calderon, cross border, federal motor carrier, Federal Motor Carrier Safety Administration, fleets, Free Trade Agreement, highways, Mexican Trucks, mexico trucking, motor carrier safety, motor carrier safety administration, North American Free Trade Agreement, Obama, p graves, Pleased, Regulatory Processes, Safety Standards, trade, trucker, US-Mexico. Bookmark the permalink.