Are all these changes good for the trucking industry? 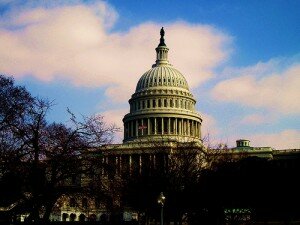 The new Hours-of-Service rules, texting and cell phone laws, the CSA, and my personal nemesis and eternal torturer of my soul, Electronic Logbooks, all claim to make the trucking industry safer. But do they? Let’s take a look at that. We’ll discuss the issues first, then sum it all up at the end. May as well tackle these puppies in order. And yes, tackling puppies is perfectly okay if they’re barking for no reason.

So about these new Hours-of-Service rules. Well, truck accidents are at a 60-year low, so naturally, it’s time to change them. Oh boy. Where to start? I guess we really only need to focus on a few of the rules that will affect the majority of drivers. For a complete list of the Hours-of-Service changes, click here.

The 11-hour rule: Well, for once we lucked out. The powers who know whats best for us had wanted to reduce our daily driving sessions to 10 hours. They lost. For now. Don’t expect this to go away though. They’ve already said they’re going after it again. Yay.

The current 34-hour restart rule: The old rule said that if you took an uninterrupted 34-hour break, you got to reset your 70-hour work week. Why was this rule important to drivers? Because if you reset your 70 hours, you could squeeze in 82 hours of working within that week. Thanks to @TameraGeorge1 for pointing me to an article on this.

The new 34-hour restart rule: Used to be, you could take your 34-hour break any time you wanted. Now it has to include two periods between 1:00 AM – 5:00 AM, home terminal time. Granted, they wanted the hours to be from 1:00 AM – 6:00 AM, but they relented. Bless their hearts. But why did they want specific times at all? Well, the divine rulers of all things sacred and righteous said that they wanted us to be sure to get two periods of “overnight” rest. How thoughtful of them. In reality though, these people know trucking about as well as I know the commodity market. They’re pretty sure that we need to sleep sometime and I’m pretty sure that you can sell a pig. That’s about the extend of our knowledge. The difference is, I’m not trying to tell them how to run the commodities game.

So what’s the problem with the new rule? Let me sum it up for you. The new 34-hour rule is as worthless as a drunk Harley rider in a motocross race. Why? Because we truckers don’t sleep when normal folks sleep. Sure, 1:00 AM to 5:00 AM might be prime sleeping time on one day, but two days later it’s the middle of your driving shift. They just can’t comprehend that not everyone has a 9 to 5 day job and not everyone sleeps at night. The concept truly is beyond them.

Now let’s be honest here. The current 34-hour rule is hard enough to do as is. The trucking industry simply moves to quick. The last thing anyone wants is to leave a driver sitting for 34 hours. I can’t count how many times I’ve gotten 30-32 hours into a 34-hour break, only to have to cut it short to pick up a load by a certain time. In other words, freight has to be really freakin’ slow to sit still for 34 hours. Kinda like right now. I’m writing this in the midst of what is looking to be a 42 hour shutdown. Still, that doesn’t happen all that often. Especially this marathon sit-a-thon I’m tolerating today.

So now we’ve got a time restriction on top of all that. It’s not all that often that I get shut down for 34 hours. But now it has to be 34 hours starting and ending at a particular time. I’m sorry, but I really don’t see the shippers staying in touch with my dispatcher to find out if their shipping schedule works with my 34-hour restart.

You can only do one 34-restart per week: This one is pretty self-explanatory. Although it really doesn’t matter, since we’ll be hard pressed to get even one restart per week. If you have enough time to get a second restart within a week, you’ve got bigger problems than it not being legal.

The 8-hour break rule: Basically, you can’t drive more than 8 hours without taking a break of at least 30 minutes. Personally, I can’t wait until I have to refuse a load because the delivery is 9 hours away and a 30-minute break would make me late. Honestly though, for the vast majority of drivers this will have little effect, as most stop at some point in their day to eat. It probably will affect me as I typically eat my mid-shift meal on the run. I’m sure I’m not the only one. Speaking of distracted driving. . .

I've been truckin' since 1997. Sometimes I love it and sometimes I hate it. Speaking of being fickle, my wife, affectionately known as The Evil Overlord was my co-driver for 9 of those years. And yet somehow, I'm still alive. ;-) I do the Trucker Dump blog and podcast, which is about a trucker's life on the road and anything else that tickles my innards. And I take myself very, very seriously. If you're still reading this, you can find me on: Twitter | | AboutTruckDriving.com
View all posts by Todd McCann →
This entry was posted in Truck Driver Industry and tagged Break, Cell Phone Laws, Complete List, CSA, divine rulers, Flickr, hearts, hour, hours of service rules, Hours-of-Service, new hours of service rules, overnight rest, Periods, personal nemesis, point, Puppies, service changes, sessions, terminal time, texting, time, Torturer, truck accidents, Trucking, trucking industry. Bookmark the permalink.

10 Responses to Are all these changes good for the trucking industry?