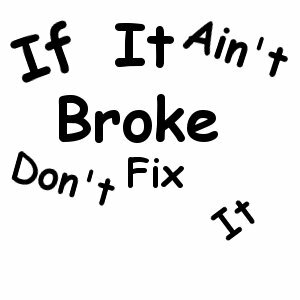 A bipartisan group of Congressmen and Senators have called on the Obama administration to abandon its hours-of-service proposal and retain the current, effective safety rules. Well, finally seems a few in Washington are waking up.

“The rules currently in place are working well and do not need to be changed,” 122 Representatives wrote to Transportation Secretary Ray LaHood. “Since the current rules were implemented seven years ago, the trucking industry’s safety performance has improved at an unprecedented rate.”

The letter notes that since the rules went into effect in 2004, the number of fatal and injury crashes involving large trucks have fallen to historic lows, even as trucks hauling the nation’s food, fuel, medicine and other goods have driven almost 10 billion more miles.

“If the proposed changes are put in place, companies will be forced to increase the number of trucks on the road necessary for delivering the same amount of freight; adding to final product costs and increasing congestion on our nation’s highways,” a group of 23 Senators wrote in their letter to LaHood. This is all part of Obama’s scheme that high-speed rail is the answer to congested highways.

Lawmakers added that the proposed rules are much more opaque and complex than the current standards and “such complexity will only serve to hamper both industry compliance and motor carrier enforcement.” It is unbelievable that people in Washington have finally woken up. If they want to regulate, then make the rules simple and the same across the board.

“It is increasingly clear that this proposal is the result of political pressure and not a fair interpretation of trucking’s safety record,” American Trucking Associations President and CEO Bill Graves said. “ATA appreciates that some politicians are basing their views not on politics, but on the hard evidence that the current hours-of-service rules are working.”

I'm just a EX-truck driver, trying to pass along a little information. I been in the Trucking Industry as a driver for over 15 years. I have driven both as an owner operator and as a company driver. I have also been a driver instructor for an accredited truck driving school in KY. I am no longer a truck driver, but I consider myself to be a watchdog for the trucking industry. In fact this site is the #1 site for getting the real news about trucking. We don't hold back here, you will hear the full story. Twitter | |Truck Drivers News Facebook
View all posts by admin →
This entry was posted in trucking news and tagged Abandonment, American Trucking Associations, Bill Graves, bipartisan group, group, Hard Evidence, high speed rail, hours of service rules, Hours-of-Service, industry compliance, injury crashes, letter, Lows, motor carrier, number, Ray LaHood, safety performance, Safety Record, Safety Rules, service proposal, Transportation Secretary, Trucking, trucking industry, unprecedented rate. Bookmark the permalink.