This message will be pushed to the admin's iPhone instantly. 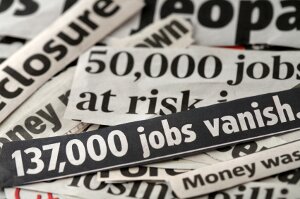 Obama signed the 2009 Omnibus Appropriations bill, which included a provision to end the Department of Transportation’s trucking project.

Which was supposed to allow 100 Mexican carriers to do business beyond the border zone in the United States, and a reciprocal number of U.S. carriers to do the same in Mexico. This was a trucking plan started by the Bush administration.

Job creation:
Now this same administration is trying to put in another cross-border plan for trucking. With a unemployment rate still above 9% it’s hard to imagine Obama wanting to implement another cross border trucking plan with Mexico to eliminate even more jobs.

The Obama administration keeps claiming it is creating jobs, but where are they? “While Democrats promised their 2009 stimulus would create 3.7 million jobs, the reality is far different, to date, 2.6 million jobs, including 2.5 million private sector jobs, have been lost.” This was posted August 21, 2010.

The United States Secretary of Transportation Ray LaHood “touts” that this new cross-border trucking plan with Mexico is going to create jobs. But, it does not take a genius to see that by allowing Mexican trucks into the US will cut jobs.

Steve Russell, chief executive officer of Indianapolis-based Celadon Group Inc., which serves the U.S., Canada and Mexico said, “The theory behind cross-border trucking is that one tractor would replace three.” in a recent article. I know my math is not perfect, but that looks like it will remove jobs from the trucking industry in both countries.

This new cross-border trucking plan with Mexico seems to me like is only going to help Mexico truck drivers, and lesson the cost on imports and exports. “U.S. truckers that want to take advantage of a cross-border accord also may able to reduce labor costs by hiring Mexican drivers, who earn about half of what their U.S. counterparts are paid,” Femsa Logistica’s Theissen said in another recent article.

Environmental issues:
The US trucking industry is strict on environmental issues that deal with exhaust from the US trucks. So strict that it put many owner-operators out of the trucking business, and caused many companies to have to renew their fleet of trucks to meet the standards also putting some companies out. Plus, it has also caused many states to impose very costly “No-Idling” laws for truck drivers – some without regard to the drivers rest necessities.

“Most trucks in Mexico, whether owned by U.S. companies or Mexican carriers, don’t meet the proposed air-quality requirements to cross the border,” said Salvador Saavedra, president of the automobile industry sector of the National Manufacturing Industry Chamber, a Mexico City business group.

So are Mexican trucks able to meet U.S. environmental standards? Not according to Juan Carlos Munoz, the president of Mexico’s National Chamber of Motor Transport of Freight, in a recent article he said, “Mexican trucks cannot meet U.S. environmental emissions standards, which effectively shuts them out of the market. Mexican oil companies do not have sufficient capacity to supply the diesel suitable for these new technologies that is required by the U.S. Environmental Protection Agency.”

Safety and Security:
The fact that a cross-border program is in any stage of development does not sit well with the Owner-Operator Independent Drivers Association (OOIDA) leadership. “With all the talk about the need for every initiative to create jobs, it’s absolutely shocking,” said OOIDA Executive Vice President Todd Spencer. “The only jobs this ill-conceived idea can create are for non-citizens who will take jobs away from U.S. citizens.”

So how is this all suppose to create jobs, again?

Diesel Price increase; results more job losses:
I have not even mentioned the fact that the White Houses continuing drill moratorium on deep-water drilling in the Gulf of Mexico, will undoubtedly cause fuel prices to continue to sky-rocket, which will likely cause even more truck drivers to go out of business, and more companies to close resulting in even more jobs lost.

What I don’t understand is we need to QUIT BUYING foreign oil, but Obama has stopped drilling in the Gulf of Mexico – which is our oil. Obama has been obsessed with passing a “clean” or renewable” energy bill since he took his oath of office.

The first manifestation of that desire was the poorly drafted and ill-fated “cap and trade” bill rushed through the House early in his presidency. The legislation was so flawed that it never was brought up for a vote in the Senate. After running into other energy policy dead ends, the Obama administration tried a new gambit.

By executive order he reopened the door for some expansion of drilling on the Outer Continental Shelf (OCS) and used that action as leverage to try to get members of Congress from energy-producing states to assist him in passing what he could claim to be a “clean energy” bill.

That idea was upset a month later when the Deep-water Horizon erupted in the Gulf. Obama then shifted his strategy. He tried to use the spill to build public pressure on Congress to pass an aggressive “green energy” bill. That went nowhere, and the Obama administration shut down OCS drilling. The president still seeks his Holy Grail of a renewable energy bill. His problem lies not just with Republicans. His energy policies mean disasters to many Democrats from energy-producing states as well.

So we see Obama’s agenda to make us greener, but he is also costing millions of jobs in the process. Going green is a good idea, just not now. Right now we can not afford to go green, but we could gradually change, but to do it over-night is a ludicrous idea.

Obama’s intentions may have been for the good, but his failed attempts are putting the US deeper and deeper in debt. And now with this cross-border trucking plan coming into the picture – he is going to be putting you and me in danger on the roads. With fuel prices going up, and “CHEAP” labor being allowed into the US by way of Mexican truckers – who do you think these companies are going to want to hire to haul their freight? Expensive US truckers – or the “El-Cheapo trucking” company from Mexico.

Mexico is not even within the same planet in comparison to Safety regulations that US truckers endure. So, how much safety do you imagine goes into a Mexican trucking fleet? Congress needs to hear from you about this cross-border trucking plan.

There are many different reasons why a trucking program with Mexico is a bad idea. The following are just a few things that public officials need to know:

› Refresh the page to see your comment.
(If your comment requires moderation it will be added soon.)