Distracted Driving – Should be the same for ALL Drivers 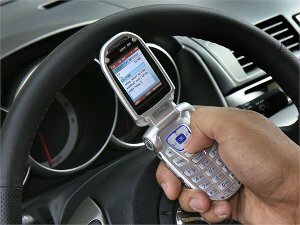 The Department of Transportation Secretary has been working to ‘fight’ distracted driving ever since taking the position within the DOT. And he is succeeding in getting laws passed that I feel are just “feel good” legislation’s by individual states that have enacted the laws.

The problem I have with the laws against distracted driving is the punishment and fine differences, and the fact that this law is borderline invasion of privacy. Kentucky adopted the rule last year, but January 01, 2011 they began to enforce the said laws. Anyone caught using a cell phone to text while driving on roads across the Commonwealth of Kentucky could be hit with a $25 fine. “You could treat it like a traffic stop to where you could ask them for consent to search. And if they give you consent to search, and you see their phone and you talk to them about it…and yeah, they come up with it. It’s going to be difficult at first.” Kentucky trooper Walter Szczepan said.

I first want to say that I believe that all texting and driving, cell phone usage while driving and distracted driving in general is very dangerous but people should have common sense about when to do it. Just because a new law goes into effect doesn’t mean we are all safer on the roads. But my point is if there is a law then the fines or punishments should be the same for everyone. It makes no difference if a 2-ton car hits a person or if a 40-ton truck hits a person both of them traveling at 55-mph that person is more than likely dead.

I am going to post a video provided by a North Texas Tollway Authority traffic camera, back in May 2010 of a Pepsi truck driving in the southbound lanes at Beltline Road that afternoon when a car obviously cuts the truck off or something. By the way there were no serious injuries in this accident.

Now, I am not sure if this car driver was texting or talking or even using a cell phone at the time of the accident, I am just using the video to prove a point that I have about these texting and cell phone laws.

In the video you can clearly see that the truck is under control by the driver. Its not weaving and is centered in its lane of travel. Now the car drifts into the truck causing the truck to go over the concrete wall into oncoming traffic. But what if in doing so that truck killed two or three people in the other lanes?

But remember the car caused this accident.

What if that truck driver was found he or she was using a cell phone at the time of the accident? Because if there had been any fatalities I guarantee you cell phone records would be looked at.

Now this truck driver could be charged the $2750.00 plus he or she could very well be charged with vehicular manslaughter and his company charged $11,000.00 plus the offense could be classified as a “serious” violation in 393.51.

That would mean the truck driver if convicted of the texting or talking prohibition along with second “serious” offense in a three-year period, would be disqualified from operating a commercial vehicle for 60 days. All because the car caused the entire accident. But the cars punishment would be anywhere from a slap on the wrist or it could be a fine up to $500.00.

Because we all have seen it too many times before, if a tractor-trailer is involved in an accident very seldom is the trucks driver not charged with the accident. Not because the driver was at fault, but because of money – trucking companies pay out big money for accidents. And this law opens the door even wider for this type of thing.

My point is the truck driver technically was breaking the law, BUT from the video we clearly see the car driver caused the accident. But the truck’s driver could technically be charged in this situation as well. And to me that is not fair. If there is a law and all drivers have to respect that law – then the punishments and or fines SHOULD be the same for all.

I'm just a EX-truck driver, trying to pass along a little information. I been in the Trucking Industry as a driver for over 15 years. I have driven both as an owner operator and as a company driver. I have also been a driver instructor for an accredited truck driving school in KY. I am no longer a truck driver, but I consider myself to be a watchdog for the trucking industry. In fact this site is the #1 site for getting the real news about trucking. We don't hold back here, you will hear the full story. Twitter | |Truck Drivers News Facebook
View all posts by admin →
This entry was posted in Truck Driver Industry and tagged car, cell phone usage while driving, Civil Penalties, cmv drivers, commercial drivers, commonwealth of kentucky, consent to search, Department of Transportation, email messages, federal motor carrier, Federal Motor Carrier Safety Administration, invasion of privacy, law, motor carrier safety, motor carrier safety administration, north texas tollway, north texas tollway authority, person, phone, punishments, Szczepan, text, texting, traffic camera, Transportation Secretary. Bookmark the permalink.