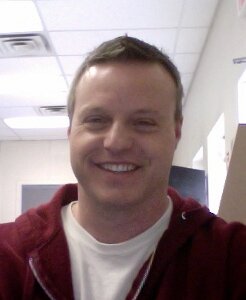 I knew it would happen sooner or later. I finally got the warning on my e-log unit telling me I had one hour of drive time left. This was bad, because I was fully aware that I wasn’t going to make it to my delivery point before my time ran out. What would happen?

What? You didn’t really expect me to answer that right now, did you? Sucker. If you want to get caught up with my ongoing journey with e-logs, check out Fear and loathing of electronic logs, where I speculate about my fears of e-logs long before I had them.

Next up was my last post, E-logs: My first impression, which was written after I’d had been using e-logs for a few days. Fast forward to this post. I’ve now been using the system for a little over three weeks. As I’ve already said more times than Angelina has returned from overseas with a new baby on her hip, it’s clear to me that e-logs can be as good or as bad as the company makes them.

Guys like my Twitter friends, @Dean0806, @DroidTrucker, and @darkstaff, don’t have the same issues that I have with mine. Perhaps that’s because my company is aspiring to be as flexible as those open-minded fellows in the Gestapo. As seen in my last post, one of my first and biggest concerns has already reared its butt-ugly head… twice. Or three times, depending how you look at it.

As I arrived at the gate to a shipper, I was expecting the e-log system to sense where I was and ask me if I wanted to show arriving there. It didn’t. Our trainer had warned us this might happen every now and then. No biggie. I just manually entered my arrival and changed my duty status to On-Duty. Now I don’t know about you other drivers, but when I’m only dropping one trailer and grabbing another, I can be in and out of there faster than a bunny rabbit can copulate.

Since my company requires me to show 15 minutes at every customer, I’ve gotten in the habit of going to the On-Duty line as soon as I arrive. I usually still end up sitting around for a few minutes while my e-log catches up with me.

This brings up a point of contention. If dropping/hooking a trailer and fueling are both considered On-Duty work, why is it okay for me to show my actual time when I’m fueling, but I have to show 15 full minutes on my e-logs when I’m at a customer? I’d be curious to know if this is a DOT rule or just another case of my e-logs being set up crappier than a daycare’s Diaper Genie. You drivers with e-logs let me know how yours are set up. I’m guessing I’m not going to like what I hear.

So back to my drop/hook. I’m at a fairly large warehouse. It’s not gargantuan, but my trailer is on the far side of the building. As I mentioned in my last post, our system is set to automatically put you on the Driving line after you go one-half mile. If you remember, I thought that my system was still set at 1 mile (the previous set-up), but I was as wrong as a mustard sundae. It’s .5 mile for sure.

Anyway, I made it half-way around before the system automatically moved me to the Driving line. Okay, in reality it asked me if it’s okay to put me on the Driving line. “Well, of course it’s not okay, you hunk-o-junk e-crap machine, but there’s only one option that says OK!” Even if I don’t hit the “OK” button, it puts me on the Driving line anyway. I drove on, hooked up my trailer, and waited until my retarded mandatory 15 minutes were up.

Now I had known this was going to happen sooner or later, so I took the opportunity to test something on the way back to the guard shack. One of my Twitter friends suggested I try to stop before I got the warning, pull the brake for a few minutes, set myself back to On-Duty, and then take off again. I tried it and it worked after I had set still for a few minutes. Still, what a pain. So there was the first time it happened.

The second and third time I got nabbed happened a few nights later. Because these two happened in the middle of a 10-hour break, they had the potential to be much more costly if things didn’t work as planned. I was told to wait for a dock, so being the seasoned trucker that I am, I went onto the Sleep Berth line. You never know how long it’s going to take and you may as well get your break started. Good thing I did, because it was four hours later when I finally got a dock.

As fate would have it, my dock was on the far side of the building. While my e-logs still showed me being in the bunk, I got about 3/4 of the way to the dock before my beloved unit dropped me down to the Driving line. I ignored it, docked the trailer, and put myself back on the Sleeper Berth line. When I was unloaded, I drove back to the front office, which of course, nabbed me for the third time.

Even though this movement to and from the dock broke up my 10-hour break, I wasn’t too worried about it. Our trainer had told us situations like this would pop up now and then, and that the Safety Department would be happy to fix it, providing of course that they could verify all this moving around had taken place on-site.

But here’s where I goofed. I had moved while my e-logs showed me in the bunk, which, of course, is physically impossible unless your name is Shaq. Safety said I should have moved to the Off-Duty line to move my truck to the dock. I hadn’t known this so I asked if they would change it anyway. They did, but only reluctantly and with a mini-lecture. So lesson learned there.

So… back to my original fear. I was almost to the customer, but time was counting down. My e-log unit beeped at me again at the 30-minute mark, the 15-minute mark, and started beeping at me every minute starting at the 5-minute mark. The countdown dropped to 1 minute when I was still 5 miles away from the customer.

What was going to happen? I had heard that the unit would beep constantly until you managed to pull over. I was also fairly certain that I’d feel an uncomfortable “tightness” around my neck as a hologram of Darth Vader silently rose from my screen.

Good lord! It felt like that final minute had lasted longer than a Jane Austen film festival! And just when I thought the suspense would kill me, it happened. Nothing. Absolutely… friggin’… nothin’. The counter read “00 minutes.” That was it. No beeping. No flashing red lights. Not even one Vader sighting. I’ve got to admit, I was a little disappointed. Guess I’ll have to try it again soon. You know, strictly for experimental purposes.

I’ve got lots more to say about e-logs, but I’ll do so in some future blog posts. For now, I’ll just say that I hate the .5 mile limit. If they would only boost it back up to 1 mile, the majority of these false starts could be avoided.

When I asked Safety about this, they said they had received about 10 times the reports when it was set at 1 mile. Since each report had to be examined by a real live person, it was more efficient to field the few calls that were coming in. And that’s precisely why I’m telling every driver I see to call into Safety every time their system screws them, even if it’s for only one minute. Heck, you never know when you’ll need an extra minute or two.

Last time I went home, I pulled in with two minutes to spare. As for the second problem, there is absolutely no leeway with e-logs. On paper logs, if I was going to get to a customer a few minutes after my time was up, I just took my time because I knew a few minutes could be accounted for. Heck, I could even make 15 minutes over work. Now, if I pull in at the 11 hour and 15-second mark, I’ll be given a log violation, which goes against my CSA rating.

Of course, it’ll go against the company’s too, but I find myself not really caring about that. That’s good for the company’s reputation, right? I can tell you one thing, I’m a different driver when that clock is ticking down on me. I’ve talked to other drivers who say the same thing. I try not to care about the load and the customers, but I guess the fact that I do is now considered a flaw in my character.

I find myself doing 65 mph on 55 mph back roads, taking exit ramps a bit too fast, and shifting gears like I’m trying out for a spot on a Formula 1 team. None of this is good and I’m a smart enough driver to know it. I’ve just got to convince myself that the load isn’t as important as my driving record or my life. In other words, I have to learn to fail at one aspect of my job in order to excel at the other. Gee, that should bring my job satisfaction level to an all-time high.

I'm just a EX-truck driver, trying to pass along a little information. I been in the Trucking Industry as a driver for over 15 years. I have driven both as an owner operator and as a company driver. I have also been a driver instructor for an accredited truck driving school in KY. I am no longer a truck driver, but I consider myself to be a watchdog for the trucking industry. In fact this site is the #1 site for getting the real news about trucking. We don't hold back here, you will hear the full story. Twitter | |Truck Drivers News Facebook
View all posts by admin →
This entry was posted in Truck Driver Industry and tagged 15 minutes, Angelina, biggie, bunny rabbit, butt, delivery point, dock, drive time, electronic logs, fear and loathing, Fears, Fellows, few days, few minutes, first impression, gestapo, Habit, hour, line, New Baby, post, shipper, Three Times, trailer, ugly head. Bookmark the permalink.

4 Responses to E-logs: A Second Look