You are here: Home / trucking news / FMCSA Drug and Alcohol Strike Force – Strike Force?
x **New Feature**While you are reading any single post page, you can highlight any word and a learn more button will appear click the learn more button and results will be shown to you in the same page. 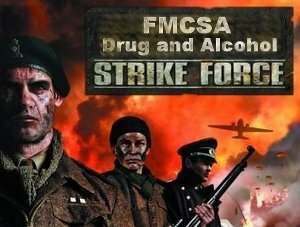 U.S. Transportation Secretary Ray LaHood today announced that 109 commercial bus and truck drivers were removed from the roads and more than 175 carriers face enforcement actions as a result of the FMCSA’s annual drug and alcohol strike force sweep that occurred from June 21 through July 2.

Really? I didn’t even know that was a department within the FMCSA. Is this really a problem – that a “task force” is needed? If so, this is funny sad because drugs and alcohol are illegal anyway – within the trucking industry.

Alcohol And Drug Rules from the FMCSA: The FMCSA regulations require alcohol and drug testing of drivers, who are required to have a CDL. The FMCSA rules apply to safety-sensitive employees, who operate commercial motor vehicles requiring a CDL.

Alcohol is a legal substance; therefore, the rules define specific prohibited alcohol-related conduct. This means you MAY NOT DRIVE a vehicle requiring a CDL; While using alcohol. While having a breath alcohol concentration of 0.04 percent or greater as indicated by an alcohol breath test. Or within four hours after using alcohol.

The following Alcohol test are REQUIRED:
Post-accident – conducted after accidents on drivers whose performance could have contributed to the accident (as determined by a citation for a moving traffic violation) and for all fatal accidents even if the driver is not cited for a moving traffic violation.
Reasonable suspicion – conducted when a trained supervisor or company official observes behavior or appearance that is characteristic of alcohol misuse.
Random – conducted on a random unannounced basis just before, during, or just after performance of safety-sensitive functions.
Return-to-duty and follow-up – conducted when an individual who has violated the prohibited alcohol conduct standards returns to performing safety-sensitive duties. Follow-up tests are unannounced. At least 6 tests must be conducted in the first 12 months after a driver returns to duty. Follow-up testing may be extended for up to 60 months following return to duty. You can read the rest of all the rules CDL drivers must comply with here. Also here.

“If you are a commercial driver or carrier operating in violation of federal drug and alcohol laws, we will remove you from our roadways,” said Secretary LaHood. “Parents deserve to know their children are being driven by bus drivers who are drug and alcohol free, and every motorist deserves to feel confident that the drivers of large trucks and buses are safe and sober.”

During the two week sweep, FMCSA strike force investigators examined the drug and alcohol safety records of commercial drivers employed by bus and truck companies, including school bus drivers, interstate passenger carriers, hazardous material transporters and general freight long-haul trucking companies. Their goals were to identify motor carriers in violation of federal drug and alcohol testing requirements and to remove from the road commercial truck and bus drivers who jump from carrier to carrier to evade federal drug and alcohol testing and reporting requirements.

I’m glad the DOT is doing the JOB required of them. It is a sad situation that this is even a problem within the trucking industry. Driving under the influence of drugs or alcohol is illegal in any vehicle in the US – especially a tractor trailer. I was under the assumption that it is illegal to even have “drinking” alcohol in the cab of a tractor trailer whether opened or not.

“FMCSA is committed to ensuring that only safe commercial drivers and carriers are allowed to operate,” said FMCSA Administrator Anne S. Ferro. “Our annual drug and alcohol strike force is just one of the ways we weed out those ‘bad actors’ and make our roads safer for everyone.”

The 109 commercial drivers identified in the sweep face the prospect of a monetary fine and being barred from operating a commercial motor vehicle for failing to adhere to federal drug and alcohol regulations. Additionally, 175 commercial carriers face pending enforcement actions for violations, such as using a driver who has tested positive for illegal drugs and for not instituting a drug and alcohol testing program. Both drivers and carriers will have an opportunity to contest the alleged violations and the amount of the civil penalties.