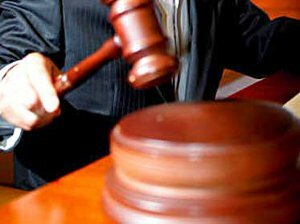 The Owner-Operator Independent Drivers Association (OOIDA) says a recent ruling by a federal judge is a major historical victory for truckers’ rights.

The court held that the fatigue inspections are beyond the scope of CVSA’s (Commercial Vehicle Safety Alliance) Level III inspections.

OOIDA, which represents small-business truckers and professional truckers, and its member plaintiff Stephen K. House, filed the lawsuit against the Minnesota State Patrol and individual officers in May 2009.

The lawsuit was filed on behalf of truck drivers placed out of service after patrol officers consulted a checklist and arrived at the conclusion the drivers were “fatigued.”

“This decision is a great win for professional truckers,” says Jim Johnston, OOIDA president. “To my knowledge, this is the first time where a court has ruled in favor of truckers’ Fourth Amendment rights in connection with commercial vehicle and driver inspection procedures.”

The ruling concluded that in order for Minnesota’s law enforcement to conduct a fatigue inspection, the officers are required to have “reasonable articulable suspicion.”

In May 2008, House had been pulled over along with other truckers as part of a mass inspection frenzy conducted by the Minnesota State Police. He was interviewed and asked a series of questions, which included questions regarding neck size, urination habits, and the possible presence of Playboy magazines, TVs and computers in the cab of his truck.

The ruling said that there was no evidence that the observations made or recorded during the inspection of House supported a reasonable or articulable suspicion that House was too ill or fatigued to drive a commercial motor vehicle safely. Judge Frank also ordered that OOIDA and member plaintiff House are entitled to attorney’s fees.

I'm just a EX-truck driver, trying to pass along a little information. I been in the Trucking Industry as a driver for over 15 years. I have driven both as an owner operator and as a company driver. I have also been a driver instructor for an accredited truck driving school in KY. I am no longer a truck driver, but I consider myself to be a watchdog for the trucking industry. In fact this site is the #1 site for getting the real news about trucking. We don't hold back here, you will hear the full story.