Keeping a Watchful Eye on the Trucking Industry 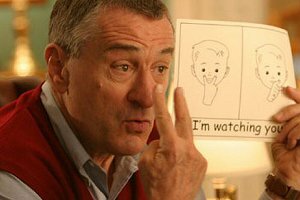 As another year has passed us by, I will continue to act as a “watchdog” for the trucking industry.

Last year was an unbelievable year for nonsensical rules and regulations that were forced upon the trucking industry.

I wonder what this year will bring about?

Last year Truck Drivers News pointed out some of the most outrageous spending sprees that I have ever seen by the Department of Transportation.

It’s hard to believe that we actually pay the Secretary of Transportation $163,000.00 per year to waste billions of dollars on foolish, imprudent ideas. I am hoping that the power switch off in the house will cap this free-flowing money gusher that this administration is using.

Billions of dollars were wasted this past year, but none of the problems in trucking were fixed. All this “stimulus money” was used for all these construction projects but yet there is still a shortage of safe parking places for truck drivers. Instead of training requirements for new truck drivers, the DOT and the Federal Motor Carriers Safety Administration decided banning cell phone use and speed limiters are needed.

Instead of safe and plentiful parking areas for truckers the DOT allowed for closure of many state rest areas “claiming” no money to operate them. But yet the DOT “gave” billions of dollars away for bicycle paths or lanes. Bicyclist don’t pay any road taxes to maintain these lanes – everyone else who uses the road pays for these lanes with truckers paying the most.

More than 26%, or one in four, of the nation’s bridges are either structurally deficient or functionally obsolete. But the Obama administration spent billions and plans on many more billions on “high-speed rail.” So why are we worried so much about HSR? Trucks are the single most-used mode to move freight, especially for distances less than 500 miles – they moved 69% of the weight and 65% of the value according to the most recent report – 2007.

Early part of 2010 FMCSA held listening sessions so that drivers if they wanted to could weigh in on the proposed hours-of-service rule changes and tell FMCSA the need for flexibility in the work day to take needed rest breaks. On Dec. 23, the FMCSA issued a regulatory proposal that would revise HOS requirements for commercial truck drivers – requirements that have gone through multiple changes and sparked numerous legal challenges since 2004.

FMCSA’s latest proposal would require all commercial drivers to complete all driving within a 14-hour workday and to finish all on-duty work activities within a 13-hour window. The agency said the new proposal would keep a “34-hour restart” provision allowing drivers to resume their 60 to 70 hour shifts after taking off 34 consecutive hours. OOIDA has it outlined pretty well of what the changes consist of here.

FMCSA’s 2008 estimates that reducing drive time by one hour and changing the driver start provision would cost the industry an additional $2.2 billion per year. They have also gone on record stating that eliminating the extra 11th hour of driving time would not be cost-effective and would have no material effect on safety.

The proposed rule requires a driver to include two overnight periods – between midnight and 6 a.m. – it will be impossible for most drivers to achieve a restart in 34 hours. The proposed rules ignore the fact that crash-related fatalities are down by one-third from their 2003 levels, and that fatality and injury crash rates are at their lowest level since the Department of Transportation began keeping records.

But this is normally how the DOT works they refuse to see REAL statistics that say DOT’s claims are false. They would rather get incredulous reports that are ridiculous at best – but agree with DOT’s intentions. So hop on board with the number one site that will tell it like it is and keep you informed on the latest BS moves by supposedly “leaders of the industry.” I’m guessing 2011 will be no different mainly because Obama is still president and we have too many Ray LaHood’s in power.

I'm just a EX-truck driver, trying to pass along a little information. I been in the Trucking Industry as a driver for over 15 years. I have driven both as an owner operator and as a company driver. I have also been a driver instructor for an accredited truck driving school in KY. I am no longer a truck driver, but I consider myself to be a watchdog for the trucking industry. In fact this site is the #1 site for getting the real news about trucking. We don't hold back here, you will hear the full story. Twitter | |Truck Drivers News Facebook
View all posts by admin →
This entry was posted in Truck Driver Industry, trucking news and tagged bicycle paths, Bicyclist, billions of dollars, construction projects, Department of Transportation, FMCSA, Gusher, high speed rail, hour, motor carriers, parking, rest areas, road taxes, safety, safety administration, Secretary of Transportation, speed limiters, stimulus, Transportation, Truck Drivers, truckers, trucking industry, Watchdog, watchful eye. Bookmark the permalink.

One Response to Keeping a Watchful Eye on the Trucking Industry