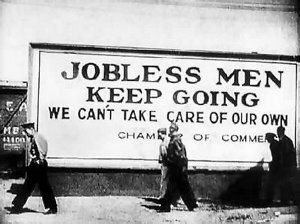 The mission statement for the Department of Transportation says it is to ensure a fast, safe, efficient, accessible and convenient transportation system that meets our vital national interests and enhances the quality of life of the American people.

It is kind of atrocious for the Department of Transportation to use fast, and safe, and efficient all in the same sentence as their mission statement. Especially when we have all been taught that driving fast is NOT SAFE, and NOT efficient as it makes the vehicle use more fuel.

What is a grant? The definition I found is; a giving of funds for a specific purpose. With that being said, where does this money originate? Do they just print it up, or what? Tax dollars are spent in hundreds of ways. They pay federal salaries, fund public schools and libraries and ensure that our military is well armed and protected to defend us.

There is also an allotment of revenues that are set aside to fund a variety of causes supporting organizations and individuals. A major portion of grant money is coming directly from taxpayers. So actually when the president, senator, representative or even this administration’s secretary of transportation shoots off at the mouth about how this is a “grant” you – the taxpayer – are still going to pay for it, one way or another.

With the results of the November elections and the republicans gaining control of the house, reports of some of the GOP candidates that won their elections are now saying they don’t want the money they were given for Obamas high-speed rail. Which is very understandable when one takes a closer look at a little thing like how are they suppose to afford it.

The reason I entitled my post “LaHood: TIGER II Grants Removing Trucks From Highways” is because this is one reason that @RayLahood says it is a benefit in his Thursday morning blog-post. Another important benefit? Removing 15,000 trucks a year from congested local roadways. In Chandron, Nebraska the president of Nebraska North Western Railroad (NNW), “There’s nothing cheap about running heavy trucks down a highway. A 120 car train takes 400 trucks off the roads. That’s a reduction in wear and tear and emissions.”

I'm just a EX-truck driver, trying to pass along a little information. I been in the Trucking Industry as a driver for over 15 years. I have driven both as an owner operator and as a company driver. I have also been a driver instructor for an accredited truck driving school in KY. I am no longer a truck driver, but I consider myself to be a watchdog for the trucking industry. In fact this site is the #1 site for getting the real news about trucking. We don't hold back here, you will hear the full story. Twitter | |Truck Drivers News Facebook
View all posts by admin →
This entry was posted in Truck Driver Industry, trucking news and tagged allotment, benefit, Closer Look, Department of Transportation, federal salaries, Gop, gop candidates, grant, high speed rail, highways, hundreds of ways, LaHood, mission statement, President, quality of life, reason, republicans, Roadways, Secretary of Transportation, Tax Dollars, thursday morning, tiger ii, transportation system, vital national interests. Bookmark the permalink.