You are here: Home / conservative trucking / Obama Administration Doing What It Does Best – Waste More Money
x **New Feature**While you are reading any single post page, you can highlight any word and a learn more button will appear click the learn more button and results will be shown to you in the same page.

Obama Administration Doing What It Does Best – Waste More Money 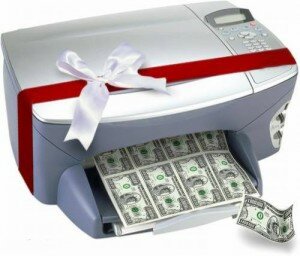 It makes no sense to waste money that you don’t have on things you don’t need. The Obama administration has said: “Now, there are still thousands of miles of roads, railways, and runways left to repair and improve. And engineers, economists, governors and mayors of every political stripe believe that if we want to compete, we need to rebuild this vital infrastructure.”

The fact of the matter is this: In February, 2009, President Obama claimed that because of the $150 billion for infrastructure in his first stimulus, “nearly 400,000 men and women will go to work rebuilding our crumbling roads and bridges.” After 19 months the economy has shed 3.6 million jobs and the president wants $50 billion more to rehash the same failed borrow and spend policies.

When will America wake up? The cretin we have in the White House has never been a leader of anything. Now we have given him and his administration a chance – but they have failed over and over again and again. In a speech Obama gave in Ohio he did tell the truth: “Not everything we’ve done over the last two years has worked as quickly as we had hoped, and I am keenly aware that not all our policies have been popular.” This, I think is the first true thing that he has spoken.

Sadly the fact is: The president’s primary policy for jump-starting the economy – his $1.2 trillion stimulus – was supposed to keep unemployment under 8 percent. However, unemployment is currently at 9.6 percent and has been above 9 percent for 16 consecutive months.

U.S. Transportation Secretary LaHood announced $776 Million more in money that the US doesn’t have to waste on more union transit workers to ensure they still have their $100,000.00 a year job, oh and so the 10 or 15 people that ride buses at any one time can have brand new buses to ride on.

Another sad fact is that this administration has done nothing for America’s backbone – trucking. With the roads in bad shape and the countless bridges that are marked as deficient – all this administration seems to be worried about is spending money they don’t have to create jobs that never come about. In my best Earl Pitts voice: “Wake up America!”