You are here: Home / Truck Driver Industry / Recovery Act Funds 10,000th Highway Project
x **New Feature**While you are reading any single post page, you can highlight any word and a learn more button will appear click the learn more button and results will be shown to you in the same page. 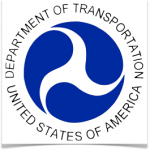 WASHINGTON – Reaching a major milestone in creating jobs and improving the nation’s infrastructure, U.S. Transportation Secretary Ray LaHood announced that as of today, the Federal Highway Administration has approved 10,000 highway projects funded through the American Recovery and Reinvestment Act of 2009 (ARRA) since its passage in February.

“What better way to cap off the year than with 10,000 highway and bridge projects putting people back to work, strengthening the economy, and making travel safer for everyone,” said Secretary LaHood.

Of the $26.6 billion available for highway projects through the Recovery Act, $21.8 billion has been obligated to 10,000 projects nationwide – of which 6,092 highway projects are underway. This money is helping employ tens of thousands of men and women and significantly improving more than 27,000 miles of roads and bridges.

“Highway projects are moving forward across the country,” said FHWA Administrator Victor Mendez. “Thanks to the Recovery Act, drivers, pedestrians, and cyclists will see significantly improved roadways in 2010.”

Construction on some of the nation’s largest infrastructure projects is just beginning, such as the Caldecott Tunnel in San Francisco, which is set to start construction in early January. At $257 million, this project, which relies on $192.4 million in ARRA funds, is one of the largest ARRA projects in the nation. Several other major projects have recently begun construction, including:

* US19/SR 55 Interchange reconstruction in Clearwater, Fla. Construction on this $109 million project began in early December. Expected to be completed in July 2014, it will reduce congestion by building two new interchanges, removing numerous traffic signals, and creating 12 miles of uninterrupted travel for the route’s estimated 89,500 daily drivers. The $45 million in ARRA funding made it possible to begin this project two years earlier than originally planned.

* I-405 “Braids” in Bellevue, Wash. In November, construction began on this $278.6 million project to help a Seattle suburb with traffic congestion of up to eight hours daily. The project will “braid” multi-level ramps to separate vehicles entering and exiting northbound I-405, add a bypass lane for eastbound traffic, and improve access from downtown Bellevue. When completed in late 2012, the project will reduce congestion, improve safety for drivers, and enhance pedestrian and bicycle access. The $30 million in ARRA funding helped this project start a year earlier than planned.

To date, the DOT has approved more than 11,300 transportation projects, worth $32.1 billion in Recovery Act funding, of which 7,600 projects are currently underway. In January, the DOT is set to announce $8 billion in grants for high-speed rail and $1.5 billion under the TIGER Discretionary Grants program, which will spur job creation as major national projects get underway.

Check out what others are saying about this post...