Seems Not Everybody Wants High-Speed Rail 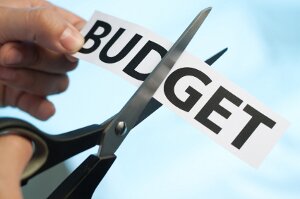 The Republican lawmaker in line to head the House Transportation Committee says he wants to re-examine $10 billion in federal grants for high-speed train service, one of President Barack Obama’s own programs.

Rep. John Mica, R-Fla., the committee’s ranking GOP member, told The Associated Press in an interview on Wednesday that he believes high-speed trains are a good idea, but he doesn’t agree with the projects selected by the Transportation Department for funding.

Mica said that most of the projects weren’t truly high-speed trains like the trains in Europe and Asia. He also said that the Northeast is probably the only region in the United States with a population density great enough to financially support a high-speed rail network.

“I am a strong advocate of high-speed rail, but it has to be where it makes sense,” Mica said. “The Obama administration “squandered the money,” giving it to dozens and dozens of projects that were marginal at best to spend on slow-speed trains to nowhere.”

Some of the GOP candidates who won gubernatorial races in Florida and Wisconsin on Tuesday are opposed to proposed rail lines in their states, including Scott Walker in Wisconsin and Florida’s Rick Scott. Walker has created a website, notrain.com.

Walker has put up a public letter to Obama on his NoTrain.com website:

Still, Secretary La Hood declared that: “High-speed rail is coming to Wisconsin,” and “there’s no stopping it.”
I am drawing a line in the sand Mr. President: No matter how much money you and Governor Doyle try to spend before the end of the year, I will put a stop to this boondoggle the day I take office.

It’s outrageous for Secretary La Hood to suggest that your administration can force Wisconsin to continue building a train it doesn’t want and cannot afford. Almost as outrageous as the fact that the decision to saddle Wisconsin taxpayers with untold millions in operating and maintenance costs, forever, was never debated or voted on by the Wisconsin legislature. If it had been, this letter would not be necessary.

Republican John Kasich, who defeated Democratic Gov. Ted Strickland in Ohio, is also opposed to plans to introduce faster train passenger service there. The administration awarded that project over $400 million earlier this year.

I just wonder why all of the sudden all these folks are opposed to this? Could it be that they think it should be put on their “wants” list instead of their “needs” list?

I'm just a EX-truck driver, trying to pass along a little information. I been in the Trucking Industry as a driver for over 15 years. I have driven both as an owner operator and as a company driver. I have also been a driver instructor for an accredited truck driving school in KY. I am no longer a truck driver, but I consider myself to be a watchdog for the trucking industry. In fact this site is the #1 site for getting the real news about trucking. We don't hold back here, you will hear the full story. Twitter | |Truck Drivers News Facebook
View all posts by admin →
This entry was posted in conservative trucking and tagged Barack Obama, Boondoggle, com, committee, federal grants, gop candidates, Gubernatorial Races, high speed rail, high speed train, high speed trains, john mica, letter, line, Line In The Sand, Population Density, republican lawmaker, Scott Walker, Slow Speed, train service, trains in europe, transportation committee, Transportation Department, Untold Millions, website, wisconsin taxpayers. Bookmark the permalink.