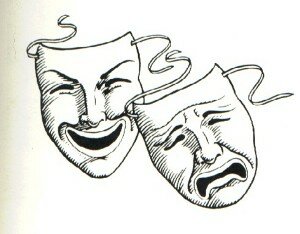 As you all know when catastrophes happen “experts” pop out from everywhere – even Hollywood.

Everyone should and is entitled to their own opinions, but really some should just keep them to themselves. The Deepwater Horizon oil spill is a massive ongoing oil spill in the Gulf of Mexico, now considered the largest offshore spill in U.S. history.

We now have some people calling for the US government to do something unconstitutional and seize BP. This is from the website SeizeBP.org:

The government of the United States must seize BP and freeze its assets, and place those funds in trust to begin providing immediate relief to the working people throughout the Gulf states whose jobs, communities, homes and businesses are being harmed or destroyed by the criminally negligent actions of the CEO, Board of Directors and senior management of BP.

There is also a movement to boycott BP gas stations. There is a facebook page that has over 561,000 people has clicked the like button. It’s understandable for people to be angry and upset. But boycotting BP gas stations is sending about as big a message to BP as this post does. There are 11,000 BP gas stations and BP only owns a few of them. The rest are owned and operated by small business owners, and all the boycotts are doing is hurting them.

Sorry, now I will get focused back onto my original post title. Now we have actors in Hollywood being “experts” in drilling for oil. Ashton Kutcher in a pro-Obama political advertisement, swearing loyalty to the newly inaugurated president: “I pledge to be a servant to our president, and all mankind.” And now he has weighed in on whose fault the oil spill is: Fast Forward to 00:50 to see what Ashton Kutcher has to say: As you watch it, keep in mind that the drill that blew up and started the leak was ordered in 1998 and laid down in 2000, while the convention Kutcher refers to was in 2008.

But yet Ashton Kutcher says “If you could go back to the Republican national convention and look the guys in the eyes that were saying, “DRILL DRILL DRILL,” at the Republican national convention, those guys, there you go, that’s what we got, like, we did it, we drilled drilled drilled.” But yet Ashton Kutcher drives a 25,999 pound CXT International truck, evidently he thinks it runs on “pixie dust.” 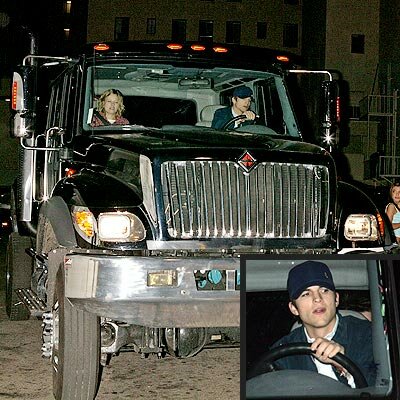 Robert Redford laments the Gulf oil disaster, but says it was perhaps necessary to “wake us up” and get us to force the “politicians in the government that are in collusion with the energy companies” to move America towards a clean energy future.

In conclusion to this article Foxnews.com summed it up best with an article today, this is just an excerpt from the article:

So the Gulf oil spill has you ready to quit petroleum cold turkey? Louisiana’s brown pelicans have more of a chance of avoiding Big Oil than you do. Oil is everywhere. It permeates our daily lives in ways we never think about. It’s in carpeting, furniture, computers and clothing. It’s in the most personal of products like toothpaste, shaving cream, lipstick and vitamin capsules. Petrochemicals are the glue of our modern lives and even in glue, too. And because of all that, petrochemicals are in our blood.

It will have been 56 days since the oil spill occurred and next week Obama is finally going to meet with BP Chairman Carl-Henric Svanberg at the White House. Let’s just hope they can work some things out, and focus on getting this mess cleaned up.

I'm just a EX-truck driver, trying to pass along a little information. I been in the Trucking Industry as a driver for over 15 years. I have driven both as an owner operator and as a company driver. I have also been a driver instructor for an accredited truck driving school in KY. I am no longer a truck driver, but I consider myself to be a watchdog for the trucking industry. In fact this site is the #1 site for getting the real news about trucking. We don't hold back here, you will hear the full story. Twitter | |Truck Drivers News Facebook
View all posts by admin →
This entry was posted in conservative trucking and tagged ashton kutcher, bp gas stations, com, glue, gulf states, horizon oil, negligent actions, oil spill, political advertisement, post, President, Republican, small business owners. Bookmark the permalink.